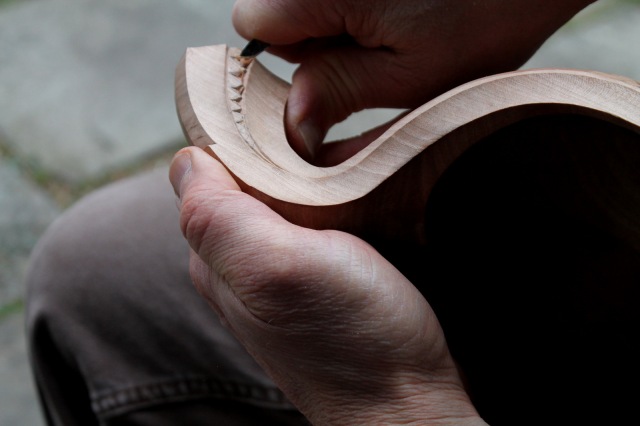 I roughed out this cherry ale bowl during the green stage months ago, and now I’ve gotten around to refining it in the dry stage, including carving a set of choppers, a point of pride for any dragon. 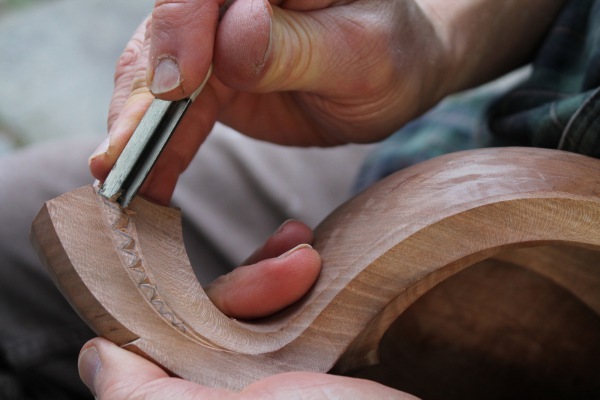 After sketching on a zig-zag guideline, I begin to make the triangular chip cuts that create the shadows beneath and between the teeth.  In dry cherry, I typically remove some of the bulk with a v-tool before turning to the knife. 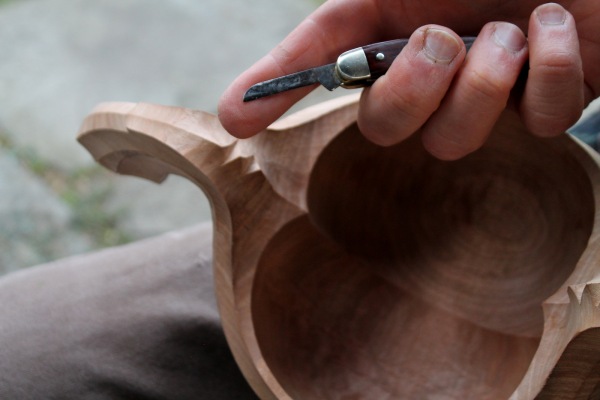 I use the “coping” blade on my pocket knife that is thin and noses down to the straight edge. 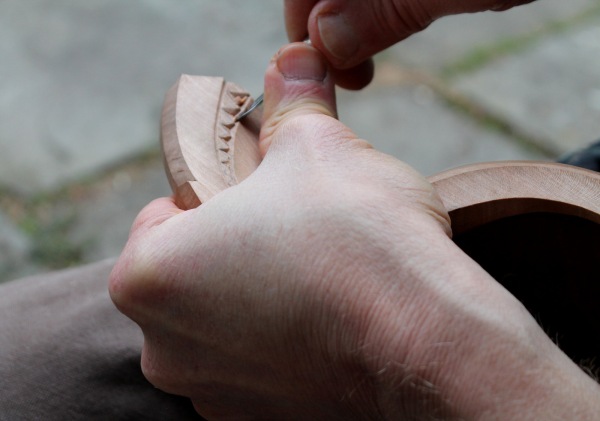 Considering the grain direction, I clip the bottom of the triangle first, using my left thumb as a fulcrum and levering the blade along the cut. 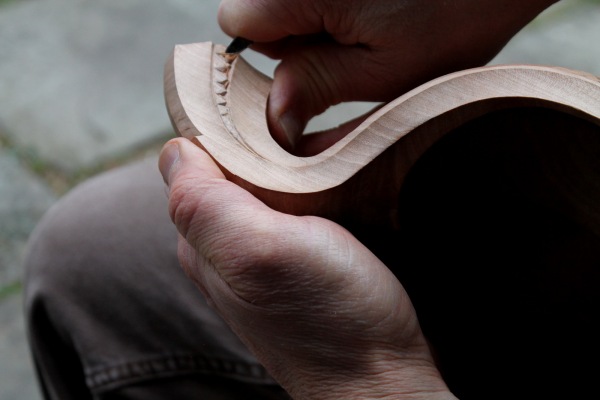 Changing grips, I cut the forward walls behind each tooth. 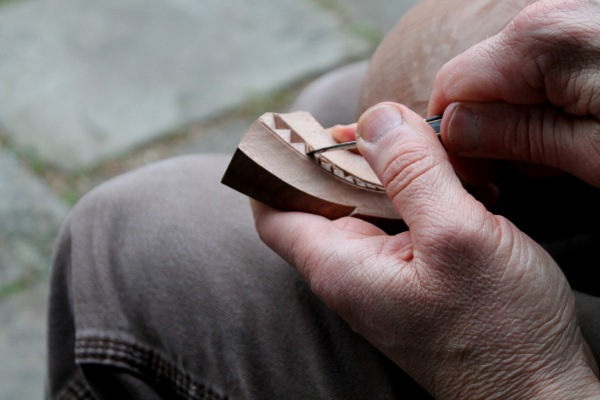 Then the back wall in front of each tooth.  I’m aiming for crisp walls with sharp junctions to catch distinct shadows. 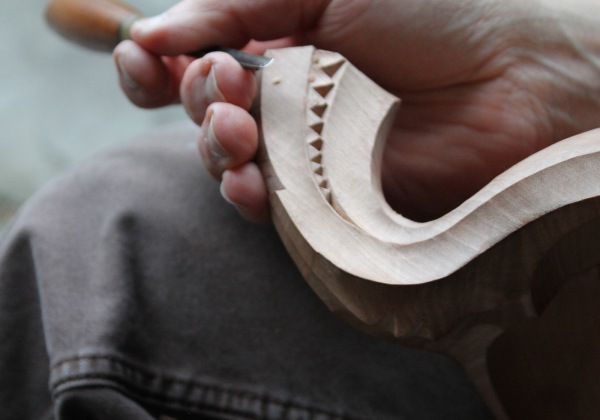 To add some simple form to each tooth, I grab a small gouge with a medium sweep. 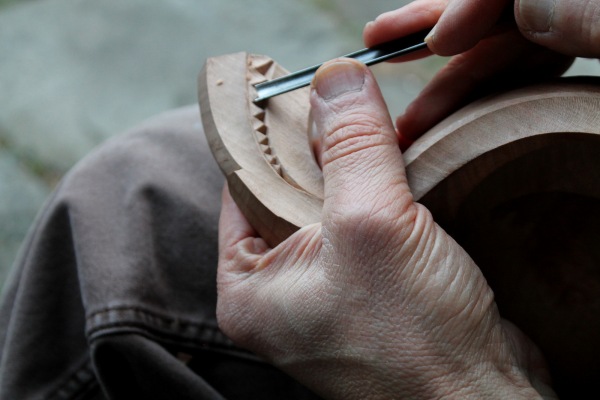 I run it from the point of each tooth to the upper lip. 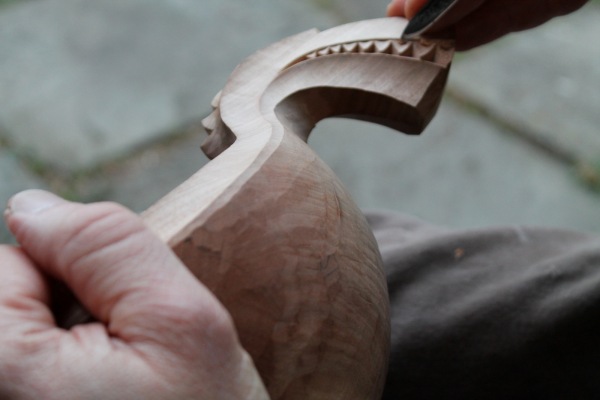 Blurry photo, but I then delicately slice off the chips still attached to each tooth at the upper lip with the pen blade. 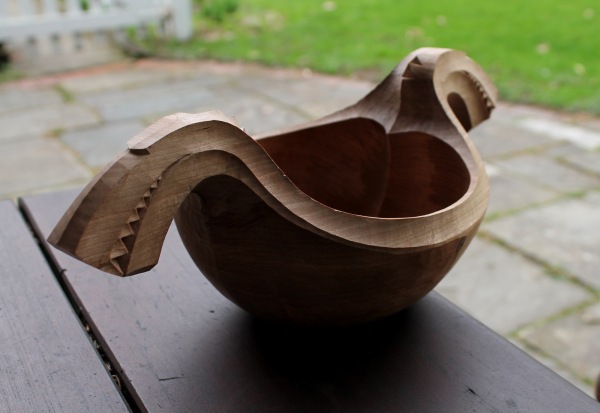 I’ve still got a lot of carving to do on this bowl; some surfaces, chamfers, refining junctions, and the teeth that wrap around the front.  In the meantime, he’s at least ready to chew.